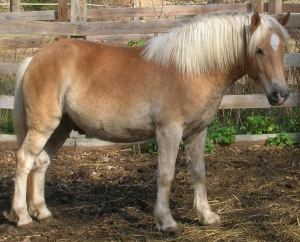 Update: Bill has been Adopted!

Bill is a 2011 Haflinger gelding who originally came to MHARF in 2014 after having been abandoned in a park reserve. He stands 14.2 hh. Bill was adopted but has been returned to us. He has a really nice temperament. Bill tends to be on the heavier side and needs to be kept off of pasture grass for the most part.

Update: As of July 2019 Bill has gone into training with Anna Hill. He is well broke to ride and is suitable for an intermediate rider and up. You can follow his Facebook page Here!