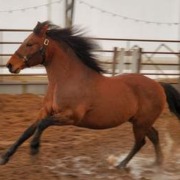 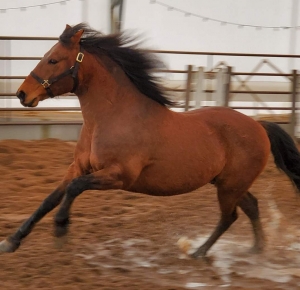 Earl is a 14hh bay mustang cross gelding (foaled in approximately 2004) who originally came to MHARF from a humane case in 2010. Earl recently came back to us from his adoptive home because he had developed some issues with bucking and bolting under saddle.  He went back into training with Marirose Berner of MJB Horse Training and he was evaluated for pain or discomfort issues. We found that he was having pain issues most likely from a previous poorly fitting saddle. He also received massage therapy donated by EquiKare.

As of December 2021, Earl is continuing in his training under saddle. He has not shown any signs of his previous behavior

and is doing well.